We need cookies to provide you with the best and original experience. If you do not change your settings, we will consider that you will not mind us sending all cookies to you.

The Best Animated Movies for Adults 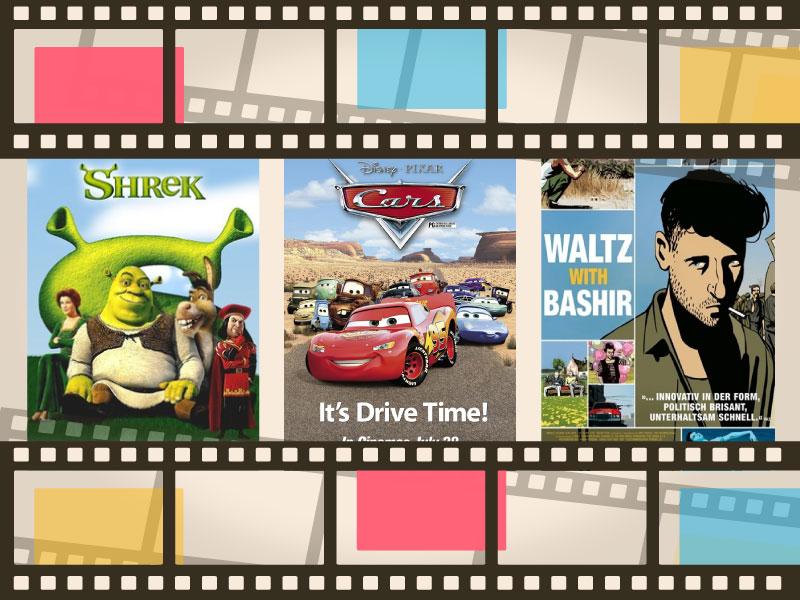 Although animation has witnessed huge strides over the recent decades, there are still some people who stubbornly believe this genre has been designed exclusively for children. The latest release by DreamWorks and Pixar of some of the landmark titles (such as WALL-E or How to Train Your Dragon) might surely prove the latest trend of animation winning over the adults' audience. Animated movies for adults list will help you to choose the best one for watching. Join the club and just sit back and relax: you will surely crave to watch more of it!

A computer- animated fantasy film that combines adventure and comedy tells the story of an ogre called Shrek and his adventures with many other fairy-tale heroes. When you put talents such as Mike Myer and Eddie Murphy into action, you are going to have fun. In fact, the donkey is claimed to be the main hero by many people who love the movie. Just one scene: the donkey talks to the dragon who wants to eat him: What dazzling smile you've got.

This film is a kind of animated films for adults that are loved by children as well. The characters are loveable and are voiced by Owen Wilson and Paul Newman among other starts. They tell you the story about the real meaning of family and friendship.

As one of the top animated movies, the storyline is based on the acclaimed Marjane Satrapi's autobiographical novel, featuring the tone and style of its source material. The narration tells the story of a young girl growing up in Iran, yet it deals with a mature approach to the issues revolving around political events, religion, sex, and family ties. This black-and-white style of animation story-telling is appealing to both adolescents with their coming-of-the-age tale and adults. Besides, it is a perfect occasion for a family gathering.

The semi-autobiographical story of Ari Folman reflects on author's experience during the Lebanon War in 1982. Although it might not seem appropriate to relate it to the animating genre, the masterful job of the film-makers that took four years to complete it ended up with numerous awards.

Being a spin-off of a thrilling story of Shrek, this is one of the top animated movies full of adventure, lots of action, and fun. Long before Puss in the Boots is going to meet Shrek, he was named a hero for saving a woman from a Charging Bull. The sexy voice of Antonio Banderas adds character and fun to the main hero, and a multitude of events unfolding in the story leads up to the sword fighting cat eventually meeting Shrek with his friends.